A Little About Me

I’ve been around teaching and education my entire life. My dad taught 2nd and 3rd grade for over 35 years and was also a school board member in the district where we grew up for eight. Growing up in his classroom was the best, seeing my dad interact with kids and always creating innovative projects and experiences really paved the way for my own career!

When I was a Principal I strapped a GoPro to my chest and ran the mile in PE with our 5th graders while wearing a shirt and tie. Some kids had been running their mouth to me for a few weeks that they could beat me in a race -  so I ran a 5:50 mile, they stopped after that - it was all in good fun! 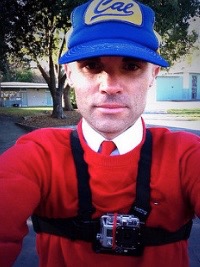 I have a firm belief that all educators should treat and speak to kids respectfully, recess should NEVER be taken away from a student because they misbehaved or didn’t finish work, all kids have the ability and capacity to do amazing work in school - don’t limit them based on your own assumptions - empower them, we need to be in the business of making dreams happen for kids - show them and tell them what’s possible in our world and then help them get there, if you’re grumpy or having a bad morning - leave your issues in the car - kids deserve our best everyday!

Running hasn’t always been a part of my life. It didn’t really start for me until my very early 20s and then a long hiatus for quite a few years when I rode my bicycle a few hundred miles a week. My wife really saved my running career, let me explain.

A buddy of mine entered a half marathon that he really had no business running. I came into the picture because his daughter entered the race as well and got hurt, like four days before the race. He called me asking if I wanted her bib, sure why not! I hadn’t run in years, especially nothing close to thirteen miles. But, I’m always up for some pain so of course I said yes. That morning at dark thirty am is where I met my wife. She was huddled in front of a heater trying to stay warm before the start. She had been pulled to the race as well by her super fast friend.

Fast forward - Stacy beat me, her friend won the North Face half marathon and that night I tracked Stacy down. For the record, I actually knew her friend who won the race so it was a totally legit phone call inquiring about her 😃  I got her number, we met for our first date four days later, and got married 100 days later!

Stacy saved my running career because when we met I wasn’t really a runner anymore. Since then I’ve run six marathons, three ultra marathons, and pushed our two children thousands upon thousands of miles in our running joggers, and seven half marathons pushing them too. I introduced Stacy to the vegan donuts at Whole Foods and we vowed the day we got married to always run together!

I have a tattoo on my leg.

When 9/11 happened I decided to join the US Marine Corps because I wanted to help out. I found myself in Quantico, Virginia for Officer Candidates School and absolutely loved the physical fitness, discipline and camaraderie that developed during those ten weeks. I however decided the military was not for me, I joined already having my teaching credential and felt teaching was my path. I declined my commission, flew home to California and found a teaching job the very next day. Fate.

I shaved my legs for about eight years when I was a cyclist, not anymore though.

I don’t eat meat, I LOVE coffee first thing in the morning and my wife doesn’t like to cook - but I do so it works out great!

I’ve traveled to South America and all over Europe. For my 30th birthday I really wanted to do something big and hiked 500 kilometers through the French Alps. It took twenty three days and I met the most amazing people, I’d love to do it again for my 40th but am not sure it’ll work because now I’m married and have two kids.

Twitter has changed my life as an educator. I would have left education many years ago if I hadn’t found my ‘people’ and connected. Twitter is how Todd and I connected and started Kids Deserve It. Put yourself out there, connect with others, lean on those #edupeeps that will get you through those tough times that we all experience.

I have a sign in my office that my dad gave me before he died from cancer. It says ‘Work Hard and Be Nice To People!’ He got it from a museum in London and I will always have it hung in my office, it speaks volumes and holds so many truths in my life. 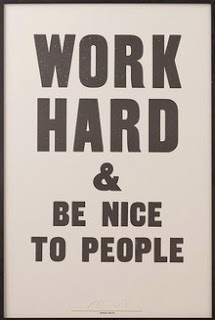 I really want to compete in a 24 hour mountain bike race, I mentioned this to my wife and she looked at me crazy. At least I dropped the seed to her, hopefully next year I can make it happen, I think it would be epic to ride a bike for 24 hours straight!

I was in Vail, Colorado with my buddy like one month before I met my wife and bought some cowboy boots, I’m not a cowboy but they’re super cool. We walked into the shop and they offered us PBR, so two hours later I rolled out $700 lighter, it’s all good, they’re fun to wear now and then. 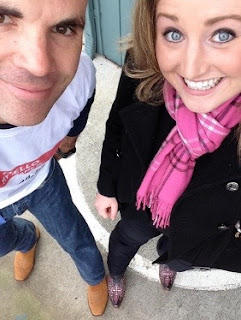 This is my wife, she’s amazing, I’m so grateful I didn’t settle until I met her. She definitely does complete me, we’re an amazing team together! 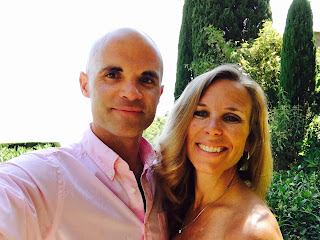 One morning on the way to work I had an idea, start a Voxer group of Principals that I’m connected with around the country and talk about our jobs as leaders. Be bold, have fun, do things at school that make kids smile and show that you care about them. This is the picture I tweeted of myself going down the slide, this photo started #PrincipalsInAction. The hashtag has been featured in the NAESP magazine multiple times, if you’re a Principal you better be having fun with kids! 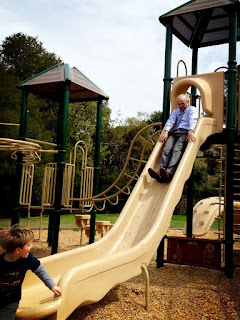 I first started blogging when I was 26. I sold my car and wanted to go an entire year just riding my bike to work and around and blogging about it all. It lasted four months, public transportation in the bay area is really bad, I failed. I’ve blogged since for EdWeek, NAESP, Brooks Running, ACSA, EdTech Magazine, hopefully LuLulemon soon and many other publications as well. Start a blog and write, do it for yourself, if people read it that’s great, but write for yourself - it’s awesome therapy as well.

I believe we’re too comfortable in 2016. At first my wife thought I was a little crazy when I said this. I think at times we should be cold, hungry, tired, inconvenienced, and anything else that’s uncomfortable. I wish there was a way to go back in time and live 100 years ago, they had it tough, we have no idea. Would make us appreciate what we have and not complain so much, that’s just how I feel.

That’s all - just wanted to write a little about me, hope you enjoyed reading!